Skip to content
A discovery about a function in the liver could lead to a new way to control blood pressure — a pill that mimics the effect of exercise — according to a recent study that features in the journal Cell Reports.

A new pill could bring all the cardiovascular benefits of exercise without any of the efforts.

The idea is that the tablet would raise body levels of a compound that helps to control blood pressure without having to do more exercise or eat less salt, say scientists from the University of Toledo in Ohio.

High sodium consumption — a significant risk factor for high blood pressure — depletes the body’s supply of the compound, which is a ketone called beta-hydroxybutyrate. The liver produces it when it metabolizes fatty acids.

Senior study author Bina Joe, who is a professor in the Department of Physiology and Pharmacology at the University of Toledo, says that their study is the first to introduce the concept of targeting liver function to control blood pressure.

When she and her team looked through previous studies, they saw how some had observed beta-hydroxybutyrate levels rising in line with exercise or restricting calories, both of which are known to lower blood pressure.

“The production of ketone bodies,” they note, “increases rapidly under energy-deficit conditions, such as calorie restriction and prolonged exercise, both of which are linked to health benefits of lowering [blood pressure].”

Their study, published in the journal Cell Reports, adds new information to this picture: it reveals that consuming a diet high in salt has the opposite effect.

“When we put beta-hydroxybutyrate back in the system, normal blood pressure is restored,” she adds.

High blood pressure, or hypertension, affects around a third of adults in the United States and is increasingly affecting younger people, too.

The condition is a potentially dangerous health problem that raises the risk of heart disease and stroke, which are two leading causes of death in the U.S. 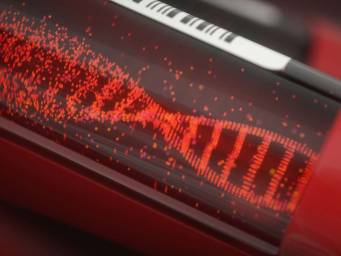 For the recent study, the scientists fed rats 1,3-butanediol, which enzymes in the liver convert to beta-hydroxybutyrate, before it travels to the kidneys.

They observed that when it reached the kidneys, the beta-hydroxybutyrate reduced inflammation, which in turn lowered blood pressure significantly.

“By fixing the kidney,” Prof. Joe explains, “it is indirectly contributing to the lowering of blood pressure.”

Option for those who cannot exercise

The researchers are already looking at how the compound might have similar effects on other organs and systems, such as the heart, brain, and blood vessels.

They are also planning to compare levels of beta-hydroxybutyrate in people with and without high blood pressure.

Further research is also needed to find out the best dose of 1,3-butanediol for blood pressure control and to assess its safety and side effects.

After that, once funding is in place, they want to start clinical trials.

The value of their findings, they suggest, is not just that people might be able to control their blood pressure without having to go to the gym, but that they offer an option for those who, for various reasons, are not able to increase their exercise levels.

“We have an opportunity to control salt-sensitive hypertension without exercising.”