Intermittent fasting may be a popular diet, but it may also harm our metabolic health, suggests a new study.

The so-called intermittent fasting diet has been gaining more and more traction among people who want to lose weight quickly.

This popular diet consists of “fast” days, where one drastically restricts their calorie intake — to a quarter of the daily dose or less, for instance — and “feast” days, where the person dieting can eat whatever they please.

Sometimes referred to as a dieting “fad,” intermittent fasting has become popular in recent years, due to its suggested benefits of increasing lifespan and staving off cancer.

Indeed, some animal studies have indicated that intermittent fasting may lower the risk of cancer, while observational studies have shown that people whose religion has them fasting regularly live longer than seniors who do not fast.

But could there also be downsides to intermittent fasting? Research presented at the European Society of Endocrinology annual meeting — which took place in Barcelona, Spain — suggests that the dieting practice may have serious consequences for a person’s metabolism.

Specifically, the new study — led by Ana Cláudia Munhoz Bonassa, a researcher at the University of São Paulo in Brazil — suggests that intermittent fasting may impair the normal activity of the pancreas and the production of insulin, which may, in turn, raise the risk of type 2 diabetes.

Intermittent fasting may lead to diabetes

The researchers were prompted in their endeavor by older studies suggesting that fasting for a short period of time increases oxidative stress and the production of free radicals.

Oxidative stress and excessive levels of free radicals have been suggested to speed up the aging process and to damage our DNA, raising the risk of cancer, cardiovascular disease, and neurodegeneration.

To find out whether intermittent fasting does indeed generate free radicals, Bonassa and her colleagues placed healthy, adult rats on the diet for a period of 3 months. 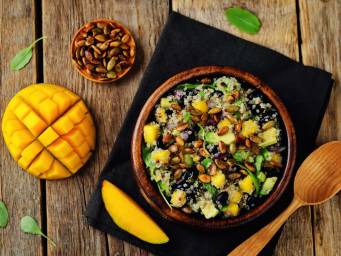 During this time, the researchers measured and monitored the rodents’ insulin levels and function, their body weight, and their free radical levels.

At the end of the dieting period, the rats had lost weight, as expected. However, the distribution of their body fat changed unexpectedly.

The amount of fat tissue in the rodents’ abdomen increased. Belly fat has been shown by recent studies to be deeply linked with type 2 diabetes, with some research even suggesting a molecular mechanism through which the former may lead to the latter.

Additionally, Bonassa and colleagues found damage in the insulin-secreting pancreatic cells, as well as higher levels of free radicals and signs of insulin resistance.

The study’s lead author comments on the findings, saying: “We should consider that overweight or obese people who opt for intermittent fasting diets may already have insulin resistance.”

Bonassa continues, “although this diet may lead to early, rapid weight loss, in the long-term there could be potentially serious damaging effects to their health, such as the development of type 2 diabetes.”