Aggression has a neurobiological explanation, and new research brings us closer to it.

The human brain seems to have neurons for everything. There are neurons that “tell us” when to eat, sleep, and wake up.

But the nerve cells in our brain can control even more complex functions than merely appetite or sleep.

For instance, recent studies have identified the neurons that are to blame for our “bad habits,” as well as which brain cells cause anxiety.

Now, researchers may have uncovered the neurons that drive a fundamental human emotion: aggression.

Though the new research was conducted in mice, the mammals share a lot of neural characteristics with us humans. This makes the findings important for understanding the neurobiological basis of aggression.

The new study was carried out by researchers at the Karolinska Institutet in Stockholm, Sweden — led by Christian Broberger, an associate professor of neuroscience — and the findings were published in the journal Nature Neuroscience.

Broberger and colleagues put a new male mouse in the cage of several others and noticed that the rodents that displayed the highest level of aggression also had more active neurons in a brain area called the ventral premammillary nucleus (PMv).

The PMv is located in the brain’s hypothalamus — the peanut-sized region that gets our adrenaline surging when we have to speak in public, confront an enemy, or go to a job interview. 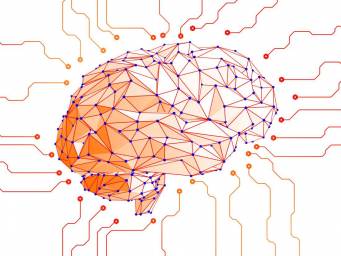 How to record 1 million neurons in real time
An innovative method could mark the beginning of a new era in neuroscience.

“We also found,” explains first study author Stefanos Stagkourakis, a postdoctoral researcher in neuroscience at Karolinska Institutet, “that the brief activation of the PMv cells could trigger a protracted outburst.”

“[This] may explain something we all recognize — how after a quarrel has ended, the feeling of antagonism can persist for a long time,” he continues.

Furthermore, the scientists were able to reverse the “dominant/submissive” roles that tend to establish among rodents.

Using a traditional experiment known as the “tube test” — in which two mice are made to confront each other in a long, narrow space — the researchers established which mice were dominant and which were submissive.

Then, by deactivating PMv nerve cells in dominant rodents, they “turned” them into submissive ones, and vice versa.

“One of the most surprising findings in our study,” says Broberger, “was that the role-switch we achieved by manipulating PMv activity during an encounter lasted up to 2 weeks.”

He and his team are hopeful that their recent findings will shed some light on potential ways we can learn to control anger and aggression.

“Aggressive behavior and violence cause injury and lasting mental trauma for many people, with costly structural and economic consequences for society […] Our study adds fundamental biological knowledge about its origins.”