These common medications could help to prevent cancer returning.

These drugs, aided by the flu vaccine, remove a block to the immune system that can sometimes result from cancer surgery and also give it a boost.

This was the conclusion that researchers at the University of Ottawa in Canada came to after they tested the effect of tadalafil (Cialis), sildenafil (Viagra), and an inactivated version of the flu vaccine Agriflu in mouse models of post-surgery metastasis.

In a paper now published in the journal OncoImmunology, they report how the unusual combination reduced cancer spread in the mice by over 90 percent.

A clinical trial to test the effects and safety of the treatment in humans is already under way.

But, as she and her colleagues explain in their paper, “cancer surgery” can also block the immune system’s ability to eliminate any remaining cancer cells, which can then spread to form new, secondary tumors in a process known as metastasis. 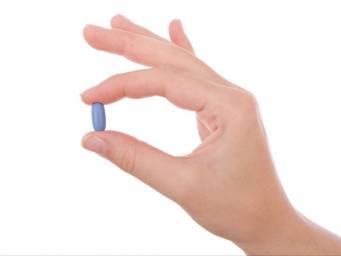 Viagra may cut colorectal cancer risk by half
Giving mice a small daily dose of Viagra reduced the formation of polyps by 50 percent.
READ NOW

Metastasis accounts for the vast majority of deaths to cancer and is the main reason that the disease is so serious.

The immune system has many cells that patrol the body in search of potentially harmful agents to destroy. These agents are not just bacteria, viruses, and other pathogens, but also cancer cells.

Cancer surgery can undermine the immune system by “altering the function of natural killer (NK) cells,” which are white blood cells that play a key role in clearing away metastatic cancer cells.

Tests of animals and human patients have shown that tumor surgery can weaken the ability of NK cells to attack and kill cancer cells for up to 1 month after the procedure.

Prof. Auer and colleagues found that surgery does this in a roundabout way: it stimulates another group of immune cells called myeloid derived suppressor cells (MDSCs), which, in turn, will then inhibit the NK cells.

The new study shows that the erectile dysfunction drugs remove the brakes on the NK cells by targeting the “surgery-induced” MDSCs, while the flu vaccine gives the NK cells an additional boost.

The researchers tested various combinations of the drugs and vaccine in mouse models of post-operative metastasis. They evaluated the effectiveness of treatment by counting the number of metastases that arose in the lungs of the animals.

The results showed that, on average:

The clinical trial that is already under way involves 24 patients who are having surgery to remove an abdominal tumor at The Ottawa Hospital.

The purpose of the small trial is to evaluate the safety of the treatment — which is based on Cialis and Agriflu — and observe how it affects the immune system.

Should the trial be successful, the next stage will be larger trials that assess the potential benefits.

Prof. Auer says that she and her colleagues are “really excited” about their work because it may show that “two safe and relatively inexpensive therapies may be able to solve a big problem in cancer.”

“If confirmed in clinical trials, this could become the first therapy to address the immune problems caused by cancer surgery.”

2 thoughts on “Could Viagra and a flu shot kill cancer?”